I recently had another rush of blood to the head and bought a mixed lot of pencils online, described simply as “Old pencil case full of pencils – some used, some not”. I am rather pleased with my purchase.

The pencil case had a persons name and school class number written inside, along with the year “1971”. This all seems about right. Basically all the pencils are new to me. Here’s a few.

“Eberhard Faber, Made in USA, 1924”, and on the other side “Do Unto Others As You Would THE GOLDEN RULE that They Should Do Unto You”

“Koh-I-Noor, Made by L & C Hardtmuth In Austria” and on the other side “2B, British Graphite Drawing Pencil, Compressed Lead”. So, it’s British yet made in Austria? I wonder if they mean the graphite came from Britain?

“Made In China, THREE STARS, 600, HB”. Well it doesn’t look any better or worse than all the other pencils.

“Berol, EAGLE JEANS, USA, HB, 2”. The paint finish appears to be an attempt to imitate denim fabric, as in a pair of blue jeans. (Note - please read the comments. This pencil really is made from jeans !) 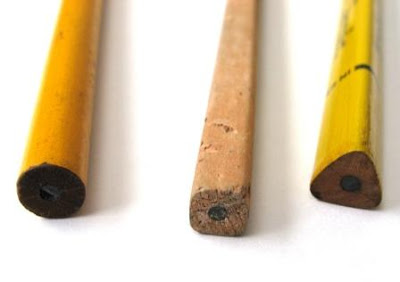 A bunch of those little tiny notebook pencils. 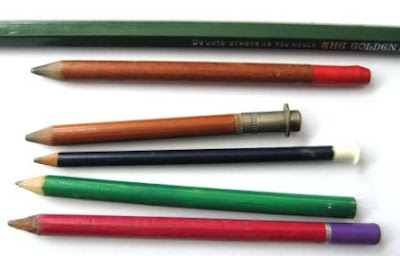 No photo because its gold on yellow and so doesn't really show up, but a Made in Bavaria Swan Manifold Ink Pencil.


To finish - a number of used coloured pencils. They are just plain bare wood, round, with the markings simply pressed into the wood.

The first few letters of the marking have been sharpened off, but reconstructed it would apparently read, “Creta Laevis, E Wolff & Son, Inventors, London, (the colour)”. The colours I have are Green No 1, Green No 3, Olive Green, Sepia No 1 and Bn Pink. The web seems strangely silent on these Creta Laevis, but apparently they are a sort of pastel pencil. Anyone know anything interesting about them? Are they still made, etc? 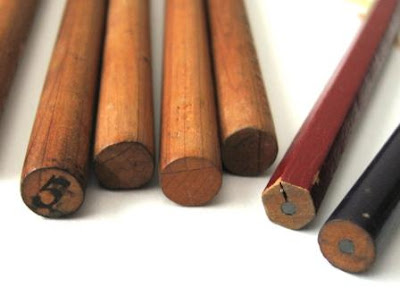 Note how the core does not go through to the end of these Creta Laevis pencils, unlike their graphite cousins to the right in the photo. I guess if the pastel core is expensive, it makes sense for it to stop a little short of the end so that none of the core is wasted when the pencil becomes too short. (Note - please read the comments - I have added the photo below to show how this pencil is not made as two equal halves, rather the join is about 2/3rds of the way through.) 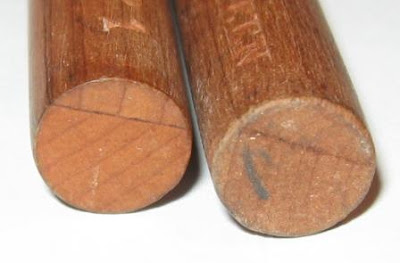 An old pencil packet was also part of the mixed lot.