Dragged into the 21st Century by Otto Hutt.

Sterling Silver. It really is incomparable if you like a lustrous shiny writing instrument, and for an added bonus you often get lovely British hallmarks, those little symbols that reveal so much about who and when your object was made.

Once whilst aimlessly wandering the internet I came across Otto Hutt, the German brand of luxury writing instruments and was intrigued by their sterling silver options. A German competitor to Yard-O-Led, albeit a modern one? I noted that as required by UK law, their products were fully British hallmarked when sold via UK retailers, and so I sent my GBP to the other side of the world and duly received back an Otto Hutt Design 02 Sterling Silver Mechanical pencil. It is serial number 02-4060, just for the record. Imagine my annoyance when I instantly noted the lack of any hallmarks!! Instead there was just the usual sort of manufacturers marking “925 GERMANY”. Very annoying. 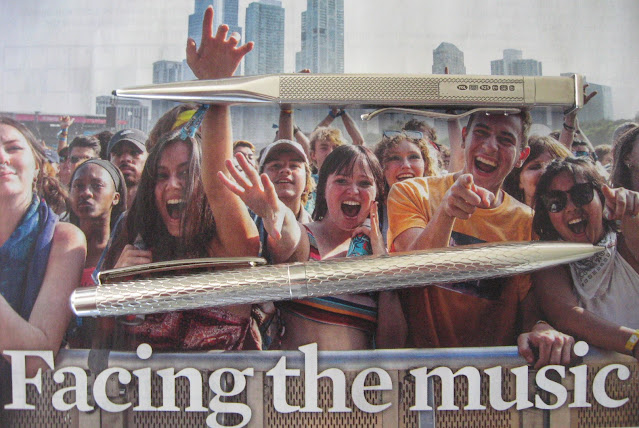 Ripped off! Taken for a ride! Polite but stern messages to the retailer ensued. Soon my face was red with embarrassment. You see, I was unaware that two decades ago, unlike me, the UK assay offices joined the 21st century and introduced the new fangled option of laser engraved hallmarks.

The obviousness of physically hammer struck old style hallmarks versus the deliberate unobtrusiveness of modern laser engraved ones.

Near invisibility. It is all a matter of angle. The laser hallmarking is very unobtrusive and frequently only obvious to the untrained naked eye unless the light is striking it at certain angles. 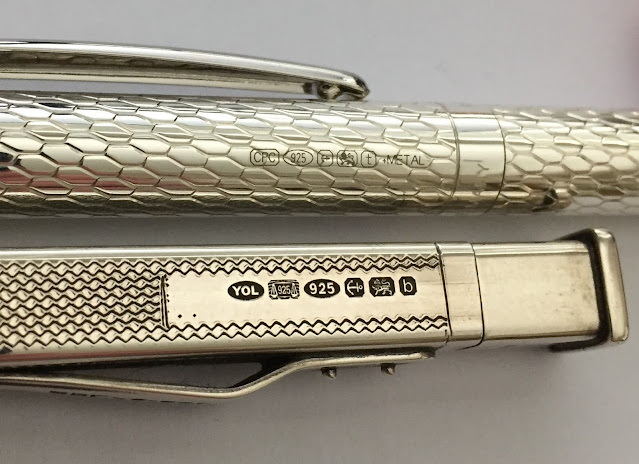 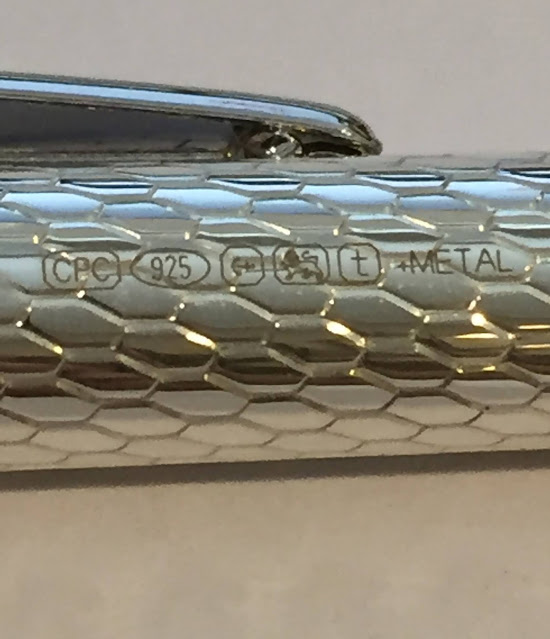 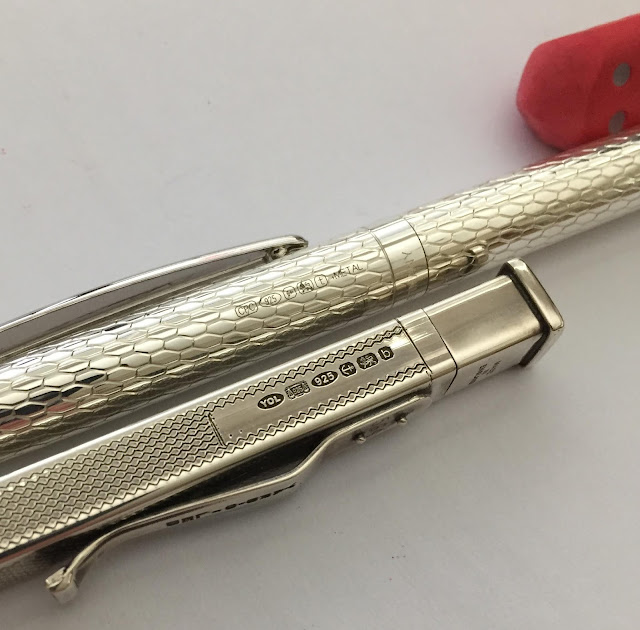